The death of our child affects each of us in different ways. Every member of the family will embark on their own unique journey through grief and find their own coping mechanisms.

We have some two poignant stories from our Dad’s sharing their story around the deaths of their daughters.

Other stories can be accessed by downloading directly here. We would also encourage Dads to view our online Video Resource and read through Anam Cara’s ‘A Dad’s Grief‘ Leaflet.

A letter to Aoife 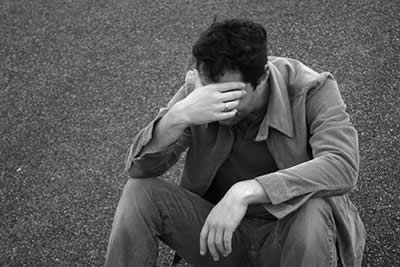 As the Winter gets darker and the days and nights disappear towards Christmas, we wanted you to know how much we miss you our little darling and how me and Mammy just say every day, How can it be?

How can it be that you, our beautiful precious daughter are not here amongst your family with your little brother and sister to create the excitement of Christmas? We are finding it all so hard this year sweetheart and wonder what will Santa think when he comes down our chimney to find you are not here.

We remember well how excited you were last year when you got what you wanted from Santa, your little white wedding dress, and how you put it on and danced around the tree with Roisin and Eoin. How can it be that it was to be your last Christmas with us? How can it be that we will never hear again your laughter and joy at this or any other time of the year? 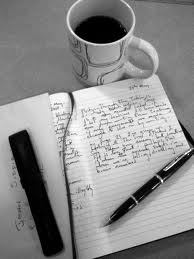 We remember how our world collapsed in May when we found out you were very sick and needed to go to hospital to get better. We remember how ready we were to fight with you, to get you back to your simple normal life in our home. How can it be that just 15 weeks later your light went out and all our hopes and dreams for you were shattered all at once.

We know Aoife that you fought so hard to get better from the leukemia and we know you were getting better. We know how bravely you got over the first bad infection and then to hear that the last infection was clearing and that the doctors cant tell us for sure why your little heart had to stop that day.

How can it be that you, our beautiful, innocent baby could be inflicted with so much pain and then for it to be all in vain as you were taken from us.

We don’t know sweetheart how many of our last words to you, you heard that day. Somebody told us that as the light is going out it is the hearing that goes last. We hope you heard us say that it was okay to go if it meant you had to suffer any more. We couldn’t bear to see you in any more pain. We hope you heard us tell you how much we loved you and that if you couldn’t come back as you had left us, that that was ok too. We said those words and we were both thinking how right then we would have swapped our lives for your that day and would do a million times over.

We think about you every minute of every hour of every day and we sit looking at all your photos and somehow hope that we can wake from this awful nightmare. But we are awake, and this is our nightmare and we are here and somehow, somewhere out there, you are gone. How can it be?

And now we are here Aoife standing still, as the world continues to move around us, our lives are shattered and the loneliness we feel every day – without hearing your sweet voice, without touching your soft hands and cheeks, without your hugs and your stories and your songs, without your sweet smile and tender touch – is almost unbearable.

You have made many new friends Aoife here on the computer, most of them much older than you, some of them even older than me ! can you believe that? And they have all helped in both small and big ways to support and help Mammy and Daddy as we try to live on in this new world where you are not here. We can thank them all again for you and for us.

We know for sure Aoife that our 5 years with you were the best years of our lives and that living in this new world we will never again feel the joy we had looking at you every day and watching as you grew with Roisin and Eoin. We will love you until our last day and we will never forget you and the joy you brought us during your 5 short years.

We will always, always tell people who you are and we always remember you and the love we had.

How can it be? 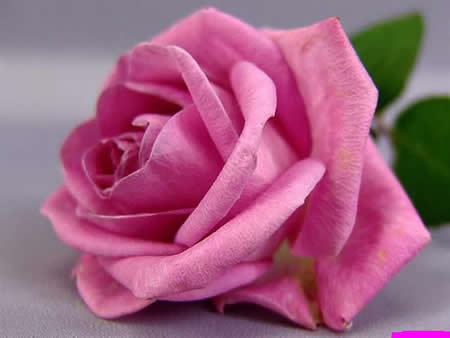 In June 07 Lisa ( my Canadian fiancee ) and I travelled with Lauryn Rose to spend time in Edmonton, Canada with Lisa’s family and get away from my personal and business problems in Ireland.

While we were there Lauryn fell ill and was seen at the Stollery Childrens hospital. She was treated for a urinary tract infection and we were sent home. She was fine for a week or so but I still booked her in with a Paediatrician on Friday 28th July at 2pm. She had been in good form the week leading up to this appointment, which was purely for our peace of mind. I had also been in contact with my friend and doctor back home.

As we were leaving the apartment to go to the appointment Lauryn became irritable and when we arrived at the Doctor’s he felt that she should be taken straight to The Stollery to undergo a series of tests. He was concerned at the speed of her heartbeat. This is when it all began.

On arriving at the hospital we were looked after very well and felt in very safe hands and Lauryn began a series of tests that were a little unpleasant to say the least, especially for such a little girl. They included blood tests, pure urine samples and chest ex rays. She was only 11 months old.

She spent an uncomfortable night in hospital where we feed her the necessary liquids and held her upright when she got sick.

By morning she started to show some signs of improvement and then at 11am it started to all go wrong again. Her breathing became restricted and the doctors and nurses were seeing signs of pneumonia but could not nail it down. At one stage there were 3/4 doctors in the room with as many nurses all trying to help this little girl and they tried so hard. The paediatrician even came in on his day off coz it bothered him so much that he could not fully diagnose her. All they could say was it was some kind of virus…The name they give when they just don’t know.

Eventually the decision was taken to put her into the Intensive Care Unit ( ICU ) and put her on a ventillator to allow her little body to find some time to recover. We waited in the ‘quiet room’ and then the knock came on the door to say her heart had stopped and could they have permission to put her on life support. ECMO they called it. A technology not widely available.

We had to wait an hour or so before we could see her. It was like a scene out of a sci fi movie, with tubes and monitors everywhere. She looked so small lying on the bed. There were 3 nurses attending to her 24/7.

We were provided with parental accomodation beside ICU. There were lots of babies in the ICU but we were in the emergency room and could feel the eyes watching us go in an out and the other parents praying for us. We had access all areas which was not a good sign.

Lisa was blaming herself for not having seen this coming but a kind Doctor Roxanne explained that they were trained professionals and they could not see it coming. She explained that medicine is an art not a science. We humans need someone to blame and who better than to blame ourselves.

We were advised that there was a 5% risk of a blood clot on ECMO. That 5% does not look like such good odds when your are staring at in the face. Lauryn had to have brain surgery to remove the clot and again permission was given.

After a successful operation we were told that their would be permanent brain damage due to the bleeding but so far there was enough to provide Lauryn with a good quality of life. This was my meltdown and I remember shouting that I want the little girl back that I brought in to this hospital otherwise I do not want anything at all.

Lisa and I talked and decided we would do whatever it took to help and take care of Lauryn and were told that she would be in hospital for months. The decision, however, was not ours. Lauryn’s heart became weaker and weaker and it was explained that she would not recover. Finally it was decided to let her go. This all happened over a period of 48 hours and family and friends had been making their way from Canada and Ireland.

The Canadians provided a pastor with music and the curtains were closed as we all packed into the room say goodbye. I subsequently remember my father say how he had to watch his son hold his daughter in his arms while she died. At least it was done with love and dignity.

Lauryn’s funeral was held on her 1st birthday, 7th August 2007. As one of the nurses said ‘That is the circle of life’… She too had lost a child.

I don’t know how I got through that 48 hours and it was the worse time of my life. I will never be the same again.

I met a lady through Anam Chara who lost her little son, suddenly at 18 months while she was in Spain. She came in to find him cold in his cot. This is nearly worse because at least I got a chance to say goodbye and cry my tears and prepare for the worst. I still remember this ladies pain and anger.

The subsequent months were hard as we just travelled around Canada smoking weed, drinking wine and eating whenever we could. We knew that eventually we would have to return to reality. We tried but could not maintain our relationship and eventually and painfully went our separate ways, to add insult to injury and pain.

I finally hit a wall where everything just became ‘whats the point’ and eventually you use it as an excuse not to get out of bed in the morning. I sought help in the form of counselling and medication and although it is as if it was only yesterday I am finally able to function normally again, on a day to day basis at least. I learned through counselling the difference between what I think and how I feel.

I miss that little lady but am so proud of her and she was the prettiest little thing alive. She is an inspiration for me to live and enjoy my life as best I can because despite life’s ups and downs at least I get a chance to live…Lauryn Rose does not.

There is a bench in Palmerston Park in Rathmines overlooking the childrens park, where she used to sit in the swings, dedicated to her.

Whats in a name? That which we call a Rose, by any other name would smell as sweet