By Ciara Gallagher – Volunteer Parent
Anam Cara Donegal is a small group, probably by virtue of the size and infrastructure of the county. The group meets on the second Thursday of each month from September to June in the Mount Errigal Hotel in Letterkenny. Stella McCole, the group’s professional co-facilitator, is assisted each month by either Maeve McHardy or myself. We have a small core of parents who attend regularly with many more who drop in when they need support through a significant mile-stone. We look forward to launching the Anam Cara Information Pack in Septem-ber, which will help us grow awareness of the of Anam Cara in County Donegal.

Anam Cara is committed to building partnerships in the community to ensure bereaved parents are supported throughout the island of Ireland. We are delighted to announce our partnership with Northern Ireland Children’s Hospice. Together we hosted three Bereavement Information Evenings in Antrim and Fer-managh along with our event in Armagh. We look forward to working with the NICH later this year and in 2017. These events are open to all bereaved parents.

This Autumn we aim to increase our geographic reach by establishing the Anam Cara Midlands group to in Mullingar, along with Anam Cara West Cork group in Bantry. 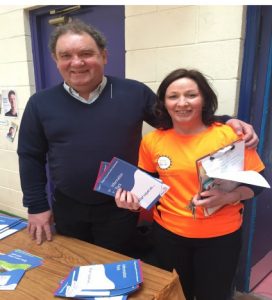 A huge thanks to the amazing fundraising efforts of Anam Cara supporters in the first six months of this year. Especially:

We are starting early this year and there will be a bag pack on Saturday17th September in Dunnes Stores Cornelscourt.

In November/December there will be a bag packs taking place near you as they are Anam Cara’s biggest fundraiser for the year… Please support us so we can support bereaved parents throughout Ireland.

Only 2 hours is what we need and all offers of help very appreciated. If you know any students or schools that would help out better again. Thank you

As the Anam Cara groups take a short break throughout July and August, we would like to thank our volunteer parents who give so generously of their time throughout the year and the professionals connected to the groups for their continued support of Anam Cara.

Thanks to our kind sponsors…

Anam Cara is seeking corporate sponsor to support our services to for be-reaved parents & families. Any contacts or ideas, please let us know to h.harkin@anamcarani.co.uk

In the last six months are grateful for the kind and generous support of the following companies and organisations:

Anam Cara is committed to compliance with the Governance Code for community, voluntary and charitable organisations in Ireland. Anam Cara is also signed up to the statement of Guiding Principles for Fundraising and is registered and up to date with the Charities Regulatory Authority. 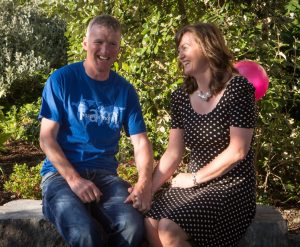 In Galway on June 1st a stone bench for bereaved families was unveiled in the ‘Circle of Life’Garden in Salthill. Thanks to Martina and Denis Gog-gin for giving us this peaceful sanctuary where we can sit and just be how we want to be.

Delighted with the response to our Information Packs. Currently 9K packs have been distributed throughout the island of Ireland. If you would like a copy, contact info@anamcarani.co.uk

Thank you to Leinster and Irish rugby international Ailis Egan, Benji and the Bennet Family and Curley Family for their support of this special campaign to commemorate Fathers Day.

We use cookies to ensure that we give you the best experience on our website. If you continue to use this site we will assume that you are happy with it.OKPrivacy policy
Go to Top